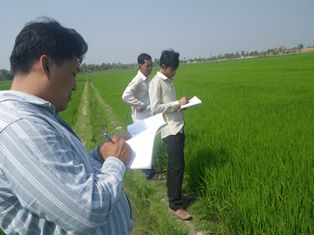 Cambodia has a land area of 181035 square kilometers in the south western part of the Indo-china peninsula. Cambodia is one of the most disaster-flood and drought countries in Southeast Asia. 70% of people engage with agriculture and it contributes 27.5% of GDP. Rice is the major crop in Mekong, Tonel Basac river flood plains and around Tonel Sap Lake. Mainly rice is grown in wet season using water from rain and dry season rice is cultivated in flood plains. Our study area is covered three major rice cultivation provinces which are Kampong Chananng, Kampong Spue and Takeo.

In this Project Simple threshold techniques with smoothed MODIS NDVI time series data were used to produce cultivated area and crop intensity maps for maximum seasonal NDVI and NDVI at the start of the season. Start of the season maps were derived by tracing 60 to 70 days back from the day of the maximum NDVI. In addition, with nine years of historical maximum seasonal NDVI data and statistical data published by the Department of Planning and Statistics (DPS) were used to build Production forecasting model for Wet and Dry seasons using linear regression analysis.

Province level rice cultivation area maps for wet and dry season were mapped using MODIS NDVI time series data for agriculture year 2011/12. The area from satellite data was compared with rice statistics and land use GIS data. Wet season rice area in Takeo and Kampong Chananng is 90% accurately estimated but the area in Kampong Spue is 50% overestimated. Province level rice cultivation start months were mapped and it is matched with crop calendar and rain patterns. Other than that, we were able to build, production forecasting model for seasonal production with historical MODIS NDVI time series data and historical rice production statistics data. The linear regression model was run to wet and dry seasons in Takeo and wet season in Kampong Chananng provinces. R squared values are 0.94, 0.606 and 0.458 for wet season in Takeo, dry season in Takeo and wet season in Kampong Chananng respectively. Production for wet season in 2013 was predicted using calibrated model and compared with statistic department predictions and it is 80% similar to that. All the maps were verified with filed data and it is 100% accurate with collected field data.

From Cambodia, Department of Planning and Statistics (DPS), Ministry of Agriculture, Fisheries and Forestry involved in this project. This project will contribute for the capacity building regarding remote sensing and GIS technologies application in Agriculture. The successful results of this project can be utilized to rice cultivation planning and management and food scarcity problems by statisticians, policy makers and government, non-government organizations who related to agriculture. Moreover, this project also will strengthen the relationship with AIT and JAXA. 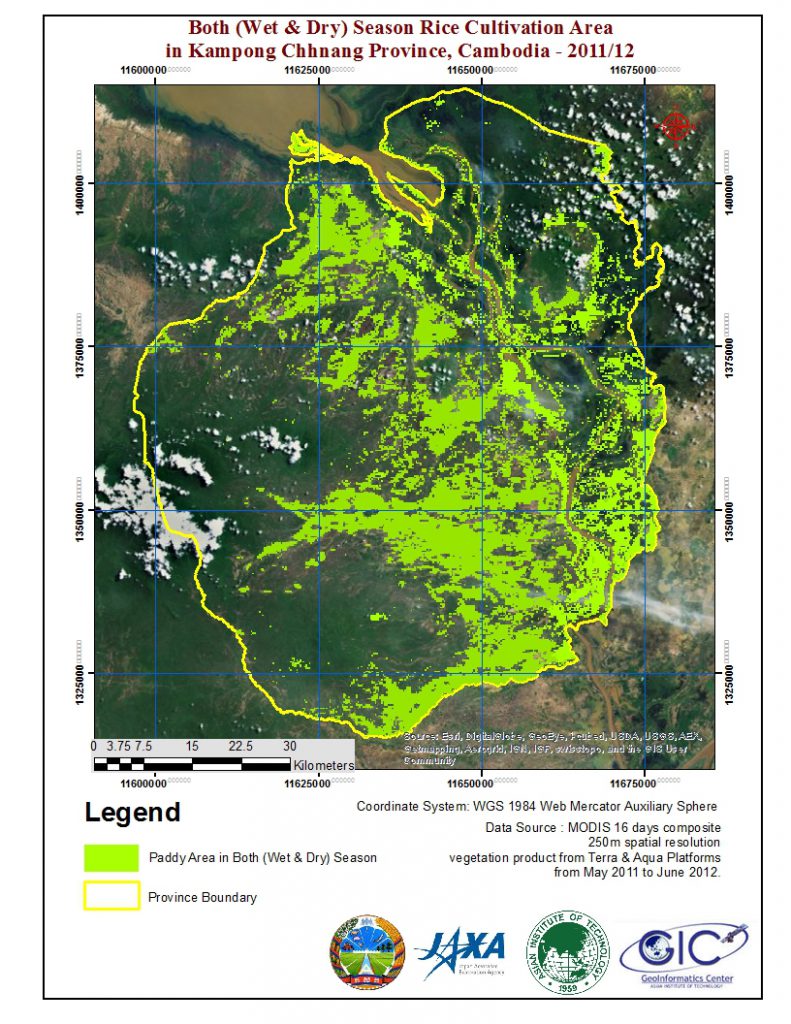 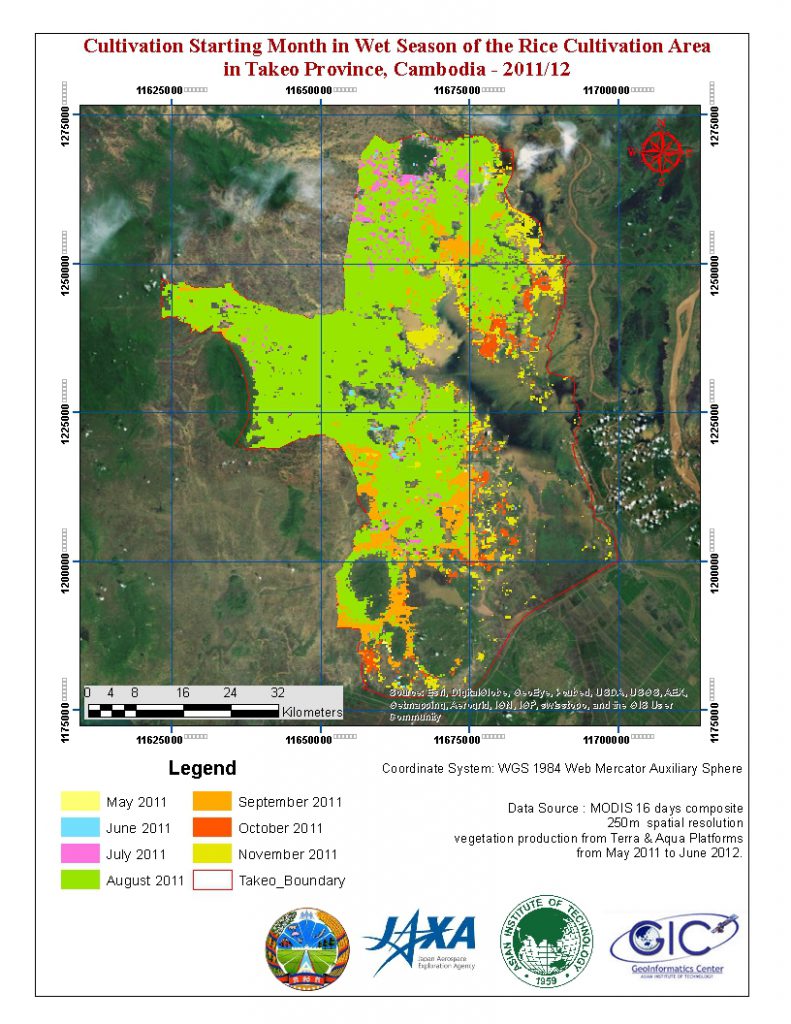