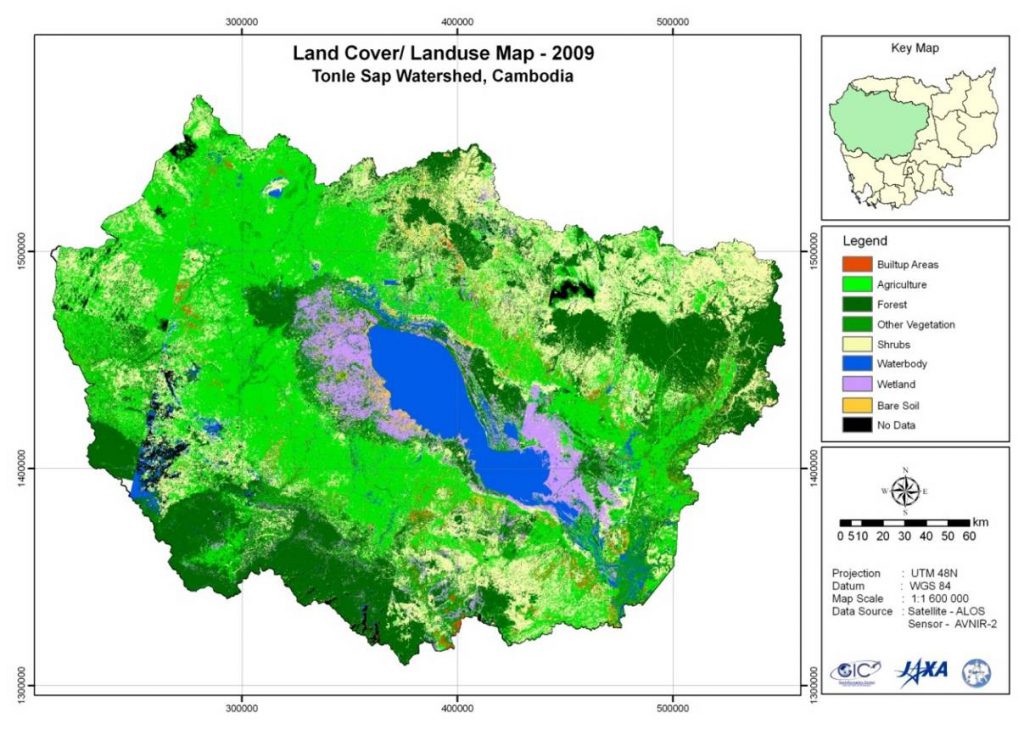 1) To develop an appropriate methodology and identify the data/resource requirements for preparing the landuse and landcover maps.

2) To develop a landuse/landcover change map by using high-resolution satellite images, existing maps as well as other available information.

A mosaic of images acquired on the same date were prepared and used for the landuse/landcover classifications. During a field visit to the Tonle Sap Watershed study area the field team collected data for 86 reference (ground truth) points. A hierarchial classification scheme was then devised based on the ground truth data, prior knowledge of the study area, and ancillary data available in the literature. The classification was made up of 8 classes in level I and 13 classes in level II for preparing the landuse/landcover maps of the study area. Half of the ground-truth data were used for supervised classification and the remaining half were used for accuracy assessment. Landcover/landuse maps of 1990 and 2009 were produced and later converted into vector format for change detection analysis. This allowed for calculation of landuse/landcover change statistics from 1990 to 2009. Major changes were found to be occurring in forest and agricultural areas. During the period of 1990-2009, the forest area decreased by 15% while agricultural area increased by 8%.