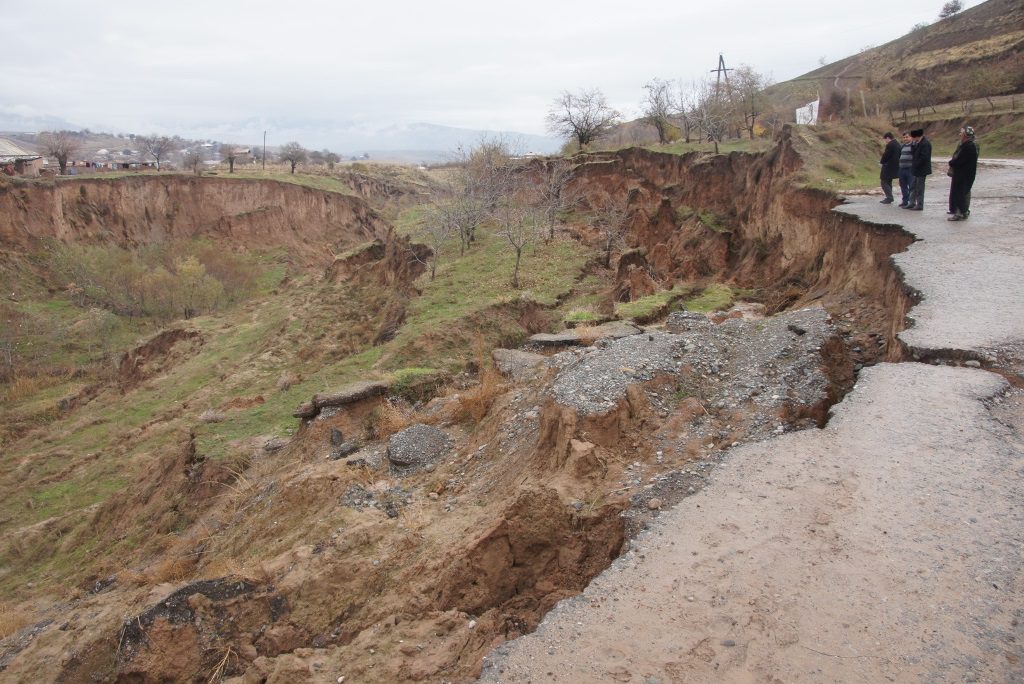 The main objectives of this project were; 1) Analyze the landslide susceptibility in the selected area of Tajikistan by logistic regression approach, 2) Update existing settlements using ALOS satellite images, and 3) Assess the level of landslide exposure for villages.

A logistic regression model was used to find the best fitting model that describes the relationship between the dependent variable (landslides inventory) and the independent variables (lithology, land use, slope, elevation, aspect, etc.). Using the location of landslides and topographic factors, this method was used to calculate the weights as well as the difference between the positive and negative weights for each causative factor. The difference was later used for rating the causative factors. This difference is positive for high influencing causative factors and negative for low influencing causative factors. Using this methodology, a landslide susceptibility map was produced, which was later categorized into different susceptibility classes to prepare a landslide susceptibility map. Existing settlements layer was updated by using the pan-sharpened product obtained by combining the ALOS/PRISM and ALOS/AVNIR-2 data. A proximity analysis was performed to assess the level of landslide exposure to neighboring villages in order to prepare a landslide exposure.