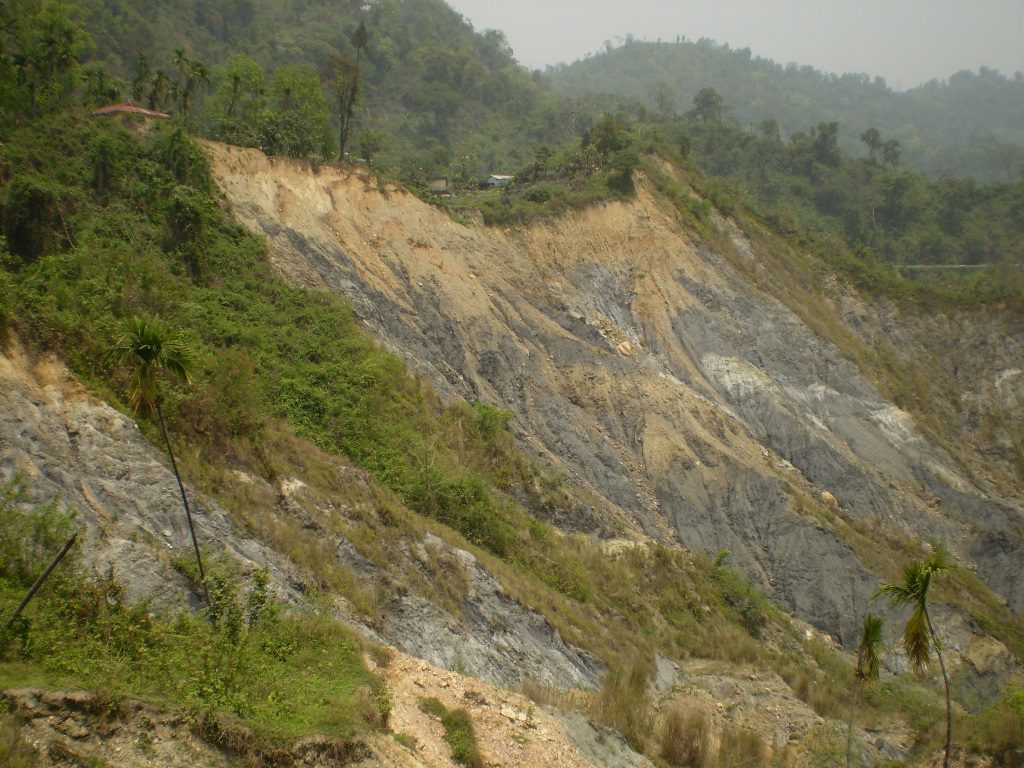 This project aimed at analyzing the landslide susceptibility in the Rinchending area of Bhutan by utilizing a multi criterion evaluation with the application of RS and GIS technologies.
Slope instability, particularly, in most part of the extended Township of Rinchending has become a serious problem for the municipality and district authorities.

A field visit was first carried out to collect information on past landslides. Accordingly, a spatial database including a landslide inventory was developed using geographical information system (GIS) technology in the ArcGIS environment. Preparatory and triggering landslide causal factors were identified depending on the availability of data sets; topographical characters including slope gradient, slope aspect, elevation, together with lithology, landcover landuse, proximity to roads, proximity to rivers were subjected to a logistic regression analysis using the R-software. The requisite Digital Elevation Model (DEM) of the terrain was created from contour data with a spatial resolution of 20m. Results, as expected, indicate that the proximity of the roads is an important factor in the occurrence of landslides. The resulted map was reclassified to 3 susceptibility zones as low medium and high. About one-third of the study area is highly susceptible to future landsliding and requires attention. The rest of the region has a low or moderate susceptibility and remains relatively stable. This study supports the view that road construction contributed significantly to landslides.