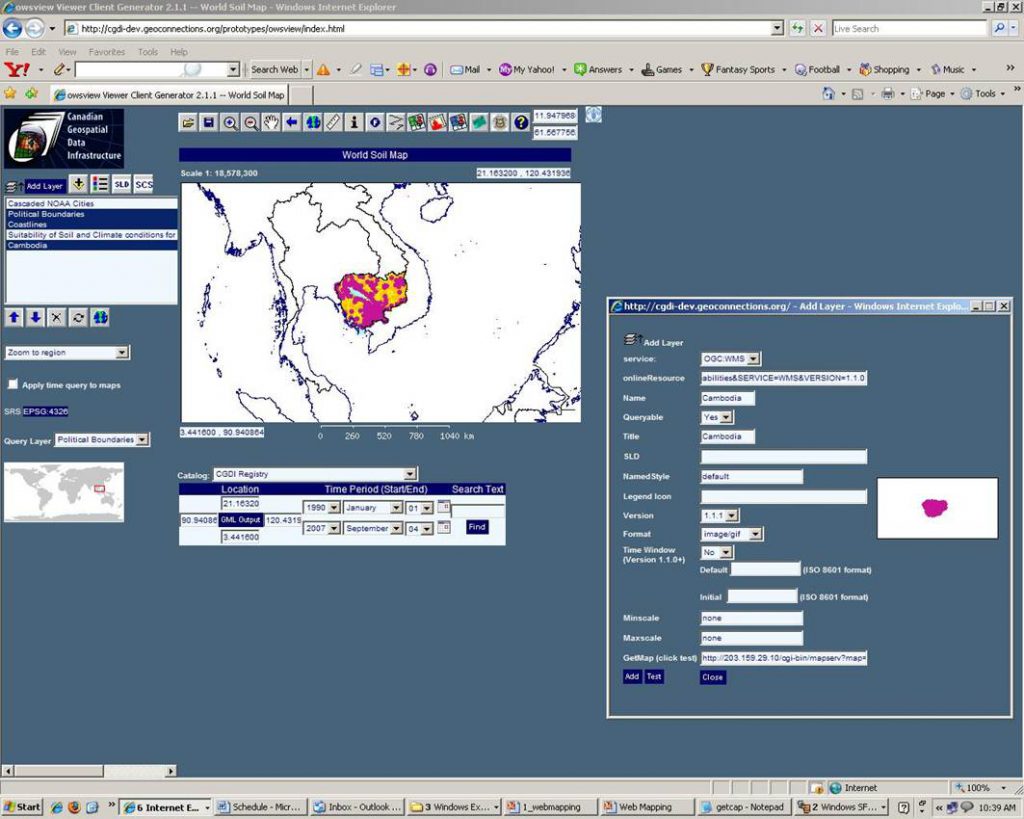 The objectives of this project were: 1) To build a Web-GIS portal for disaster information support, 2) To develop a system which can display geospatial data targeting general public including satellite data, especially ALOS data.

The study area of this project was the capital city Thimphu and Paro urban settlements. The development of a prototype of Web-Map Server system has been integrated with the available spatial data necessary for supporting disaster monitoring and mitigation in Bhutan. The MS4W Map Server component developed for the Windows platform by the University of Minnesota (UMN) under the ForNet project in cooperation with NASA and the Minnesota Department of Natural Resources (MNDNR) was successfully used for developing the system. Vector data such as contour, buildings, road, river; satellite images such as ALOS and Quickbird images, as well as topographic data, SRTM data, and landuse data were available as inputs for the system.