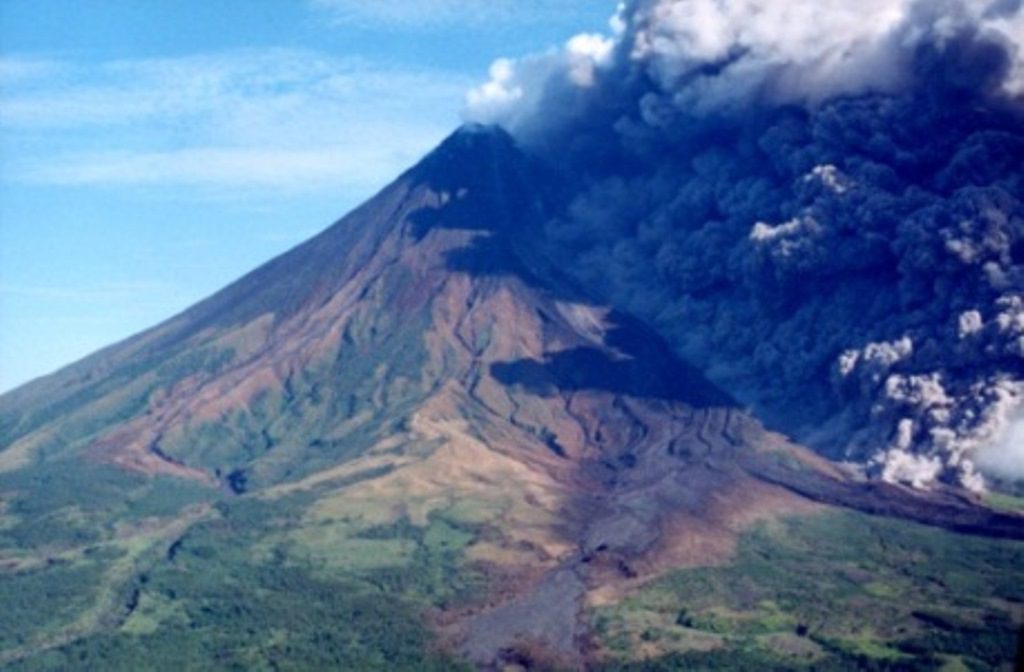 The objectives of this project were: 1) To generate lahar (volcanic mudflow) hazards map of Mayon Volcano using LAHARZ model and RS-GIS techniques, 2) To estimate the lahar extent on a digital elevation model extracted from satellite imagery.

Mayon volcano is situated in Albay province in southern Luzon and it is one of the most active volcanoes in the Philippines. A probabilistic lahar inundation model LAHARZ was utilized for characterizing the dangers from lahar flow down the southern slopes of the Mayon volcano. A DEM after the eruption was created by using ASTER data of December 2006. The main input was H/L ratios in the range of 0.20-0.30. The limits of lahar inundations were selected by a careful visual examination of the ASTER derived DEM. Flow volumes ranging from 0.25-5.0 Mega Cubic Meters (MCM) were simulated. Simulations were also performed using a DEM created from the contour data of 1977 for comparison and interpretation of results. The lahar inundation maps for existing conditions and corresponding to 0.25, 0.5, 1.0, 2.0, 3.0, and 5.0 MCM of flow volumes were prepared for characterizing the associated danger. The produced maps showed differences in the lateral extents, geometries, and locations of inundations with those obtained from the contour derived DEM. Maps prepared from ASTER DEM resemble that of small-volume or channel-confined lahar deposits whilst those prepared from the contour derived DEM replicate that of actual fan-shaped lahar aprons. However, some of these differences were due to the inherent shortcomings in the satellite-derived DEM, which failed to capture the actual shallow channel topographic variations. Had there been good quality ALOS/PRISM data for generating a high resolution DEM, the error could have been greatly minimized.