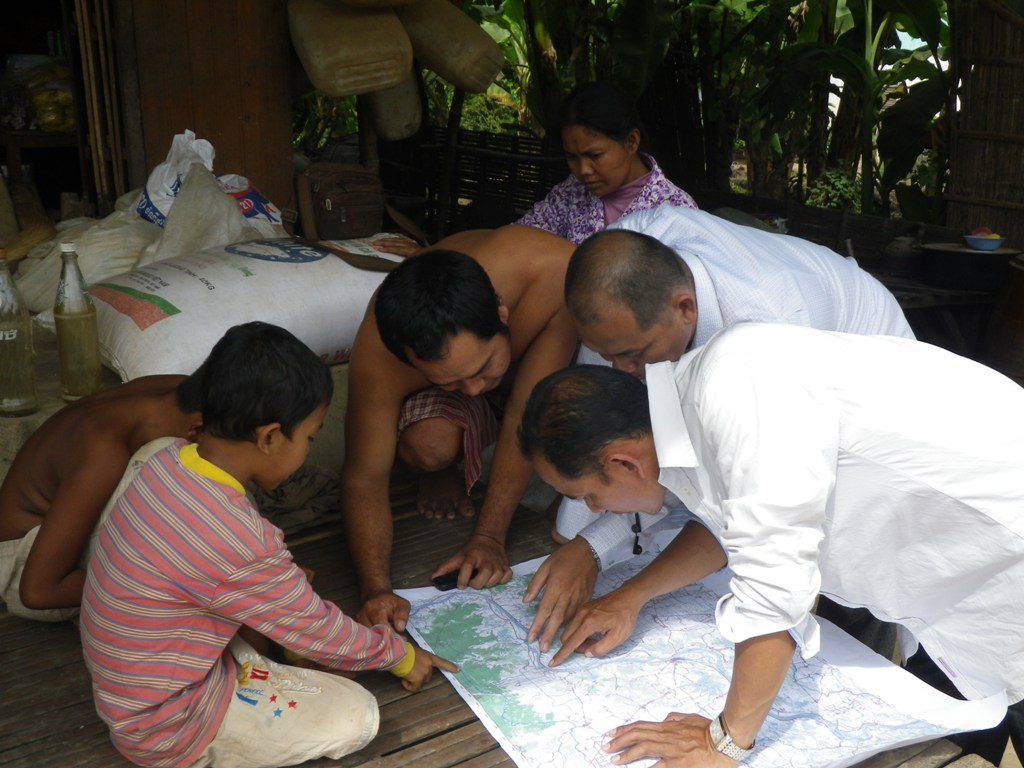 The objectives of this project were: 1) To delineate the perennial water bodies for preparing a baseline map, 2) To determine a threshold value of ALOS/PALSAR backscattering for flood detection, 3) To build an ArcGIS Toolbox for automatic flood mapping.

Kampong Cham and Prey Veng provinces are located in the central lowlands of Cambodia along the Mekong River and it is prone to annual flooding during the monsoon season. The flood-affected areas delineated from the ALOS/PALSAR images include flooded areas as well as perennial water bodies.

In this project, an attempt is made to map the perennial water bodies in the study area so that perennial water bodies can be extracted out while preparing flood maps from satellite images. From the analysis of the SAR backscatter coefficient, a threshold was established for flood mapping using a single SAR image acquired during the flood. Similarly, a -3dB difference in backscatter values between the dry and wet (flood) season images was used to identify the flood affected areas, however, the threshold method found to be more efficient for flood mapping. An ArcGIS Toolbox was also developed to produce flood extent map and the approximate flood depth map using the digital elevation model (DEM) of the study area. The Toolbox will be handy and efficient for rapid flood mapping in the future and the interface is made to be simple so that the users do not need a high level of technical skills to use it.