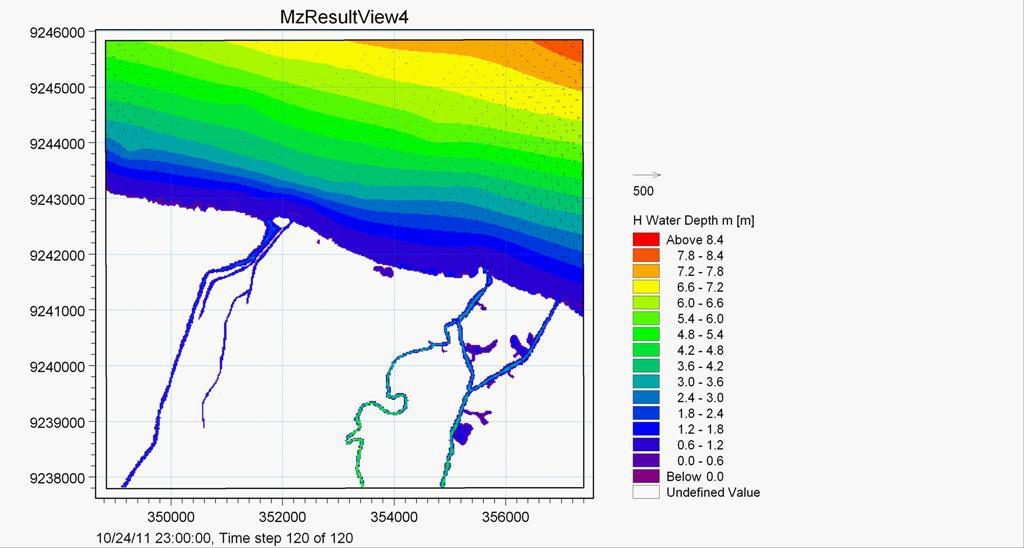 The objectives of this project were: 1) To derive flood inundation maps using MIKE-11 flood models, 2) To derive land subsidence maps using SAR interferometry technique. Tidal flood or ‘rob’ in in the coastal city of Pekalongan, Central Java are likely to be intensified in the future and this study will provide some indications to the city planners for taking mitigation measures. The MIKE-11 models were used to simulate and predict the flood inundation area.

Given the complexity of the problem and non-availability of some of the data necessary for the simulations, the study was restricted to a limited area where most of the population and infrastructures exist. To generate a Digital Elevation Model (DEM), ALOS/PRISM images with different combination of stereoscopic images such as, Nadir-Forward, Backward-Nadir, Backward-Forward, and Backward-Nadir-Forward (triplet) was used. The tidal flood simulations were carried out for three different scenarios of sea level rise: 1) current situation, 2) next 50 years, assuming no sea level rise, and 3) next 50 years, assuming 50 cm of sea level rise. The expected ranges of water level rise in Pekalongan city for each scenario are 0.23-1.27 m, 0.36-1.38 m, and 0.65-1.53 m, respectively. Meanwhile, the possibility of land subsidence in Pekalongan city was investigated using a series of ground displacement maps derived from the ALOS/PALSAR data using Interferometric Synthetic Aperture Radar (InSAR) technique. The results showed that the average value of land subsidence rate in Pekalongan city is 3 cm/year, and the subsidence mainly occurred in the western part of the city.